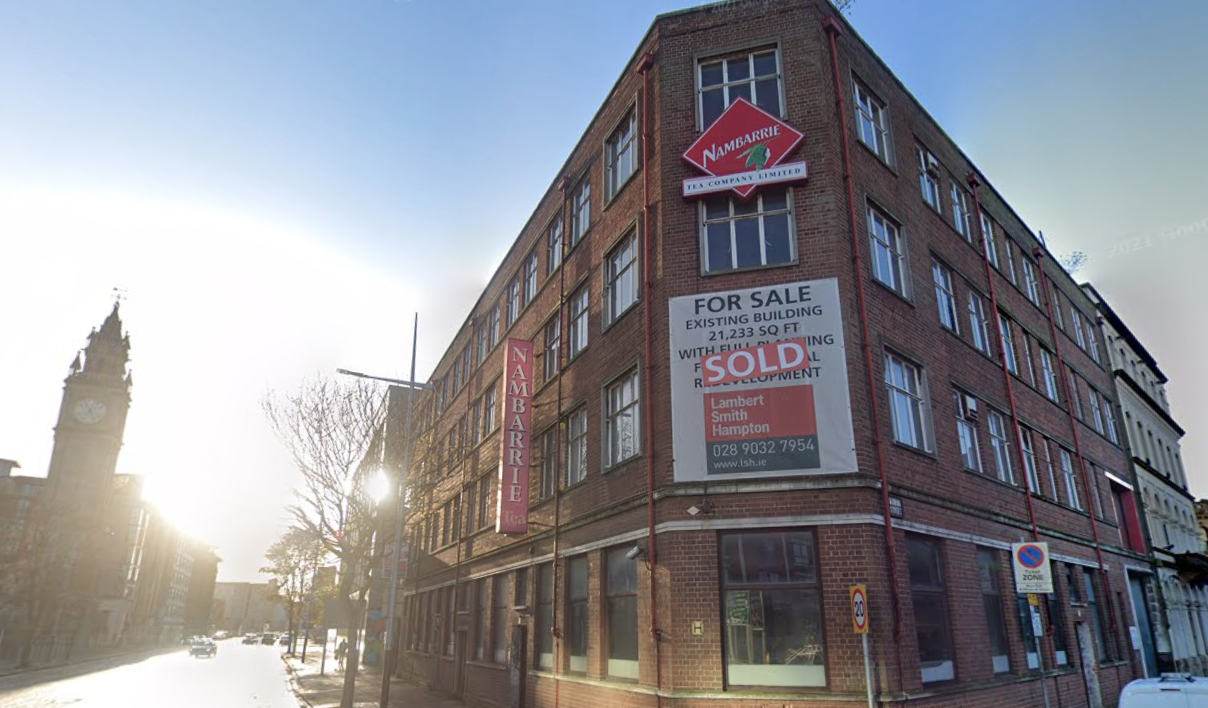 Belfast City Council has approved the development of a £25 million hotel in the city’s Cathedral Quarter.

The 164-bed hotel is set to be erected from the former Nambarrie Tea Factory building on the corner of Waring Street and Victoria Street.

The plan will see a three-storey extension to the old factory, which will include a rooftop “sky” bar.

A ground-floor restaurant, a fitness room and meeting rooms are also included in the current plans.

The hotel is backed by Essex-based investment company Propiteer.

The £25 million investment will be a Moxy hotel, a sub-group of the Merriot Hotel brand.

“Following the acquisition of the old Nambarrie tea factory in Belfast, a prominent building in the city centre, Propiteer have worked closely with city councillors and the planning department to sympathetically retain structural elements of the existing building, whilst designing a unique seven storey hotel reflective of its cultural surroundings.”

It also promises that the ground floor will be designed to accommodate live music.

The Belfast City Council’s Planning Committee approved the proposal unanimously at their meeting on June 14.

In the council’s Professional Planning Report, it was found that the “three-storey extension was considered acceptable following key design changes to minimise its impact on the character and appearance of the host building, setting of adjacent listed buildings and the conservation area”.

Their backing comes despite objections from the owners of the nearby Merchant hotel on Skipper Street.

According to the Belfast Telegraph, owners Beannchor put forward concerns to the council over the lack of notice of the new development as well as overshadowing.

A council Planning Officer raised their objections at the meeting on June 14, stating their concerns that an extension would “give rise to noise, odour, overlooking and overshadowing impacts on the amenity of residents in their hotel.”

At the meeting, officers found that there would be “no unacceptable overshadowing” due to the separation distance between the two buildings.

The report recorded one other objection to the hotel, which queried if the “heritage” street sign would be retained.

The report said that the objector had “no objection to any other part of the design proposed above, only to preserve a piece of our heritage.”

It is understood that the sign will be retained as part of the proposals. 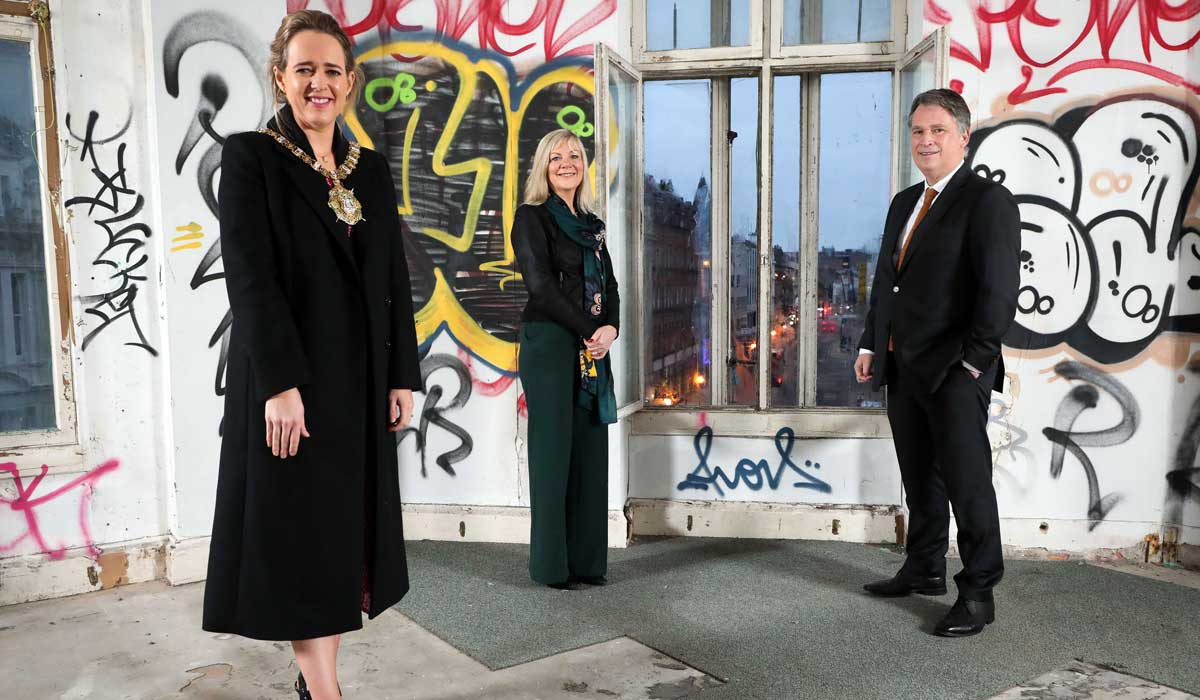 A new £100 million tourism attraction has been announced for the city of Belfast.

Located in the heart of the northern city, the multi-million project aims to tell the stories of the city and its people.

As part of the development, the listed Art Deco former Bank of Ireland building on Royal Avenue will be restored to house elements of the attraction.

The building was acquired by Belfast City Council with the surrounding 4,000sq/m site also set to be developed for an interactive visitor experience.

A state-of-the-art cultural film centre dedicated to showcasing the “best visual storytelling” from Northern Ireland and around the wider world is included in current plans.

In a move towards sustainable developments, a rooftop urban park providing sweeping sights of the city is being considered.

Belfast City Council announced that renewable energy solutions, such as geothermal energy sources, are currently being explored in relation to these projects,

“Belfast Stories will reflect the unique spirit of our city through a variety of media and immersive experiences. It will drive culture-led regeneration across the city, giving us the opportunity to put the people of Belfast and their stories at its heart,” she said in a statement.

“It’s an investment, not just in monetary terms, but in our people and the generations to come, and an important investment in our heritage and in our future. This is a hugely positive news story for the city and will reap benefits not just for our tourism sector, but in the creation of new jobs and regenerating communities.”

She said that this project will not just zero in on the city centre but also “connect to the development of neighbourhood tourism”.

This is the flagship project of the “once-in-a-generation” Belfast Region City Deal (BCRD) signed earlier this month and is one of the deal’s seven planned tourist attractions.

Although first announced in 2019, its terms were formally signed off earlier this month.

All in all, 20 ambitious projects have been proposed with the BCRD aiming to promote growth in sectors such as life and health sciences, digital and creative industries and advanced manufacturing.

A lofty sum of £300 million has been committed to five sectors of excellence across the region.

NEW: Today I signed the Head of Terms on the Belfast Region City Deal – this £1billion joint investment will help level up the whole of Northern Ireland, ensuring businesses have the tools they need to be at the forefront of industries of the future. 🚀 pic.twitter.com/sWm42hSSFh

With both the Stormont and UK governments pledging £350million each, it is estimated that the deal will reel in up to 20,000 jobs over the next 10 to 15 years.

Other schemes proposed in the deal include a £55 million region innovation fund for Belfast, which is hoped will stimulate innovation in artificial intelligence and data, health and wellbeing and sustainability and resilience — which have been dubbed the three Grand Challenges.

Regeneration projects have also been put forward for surrounding areas of Belfast, including Newry, Hillsborough, Bangor seafront and Carrickfergus.