Construction & planning activity by sector during September 2018. The table below outlines the volumes of projects either submitted for planning, granted planning permission or commenced construction.

Register for our FREE TRIAL to access details on projects listed. 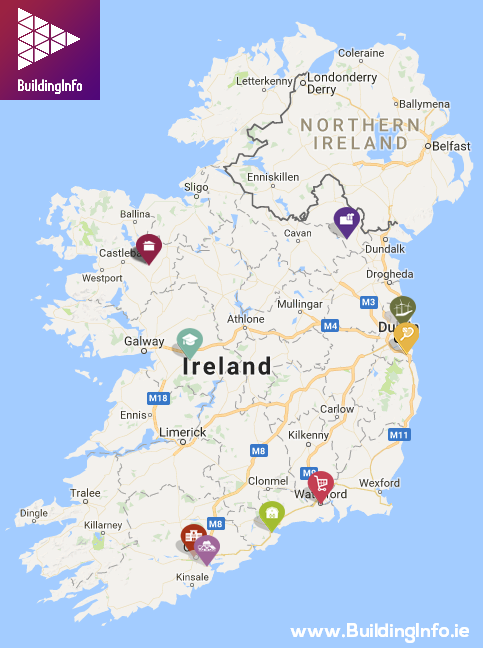 Examination of Granted Planning Permissions by sector during Q1 2017.

The image below compares the volume of building projects commenced in the Republic of Ireland per sector in 2014 versus 2015. Overall the comparison showed a mixed set of results with increases or stability year on year for building projects in the Commercial, Education, Industrial and Medical sectors but with declines in the Agriculture, Residential and Social sectors.

Building Information Ireland publishes data on all building projects in Ireland from early planning applications to commencement phase.  Subscribers generate new business and sales by having 24hr online access to literally 1000’s of building projects and essential contact details.  Visit our website for further information or register for a free 10 day trial.

Building Projects in all construction sectors

The image below shows the geographical distribution of 212 Building Projects in the Republic of Ireland valued in excess of €1m that received planning permissions granted during Q2 of this year.  Each of the icons on the map represents the broad sector that each project falls into.  All main construction sectors are represented including Residential, Medical, Commercial and Retail, Industrial, Civil, Education and Social. An interesting observation is the absence of high value granted permissions in counties Clare, Leitrim, Cavan and Wexford and conversely the density of projects in the greater Dublin region. 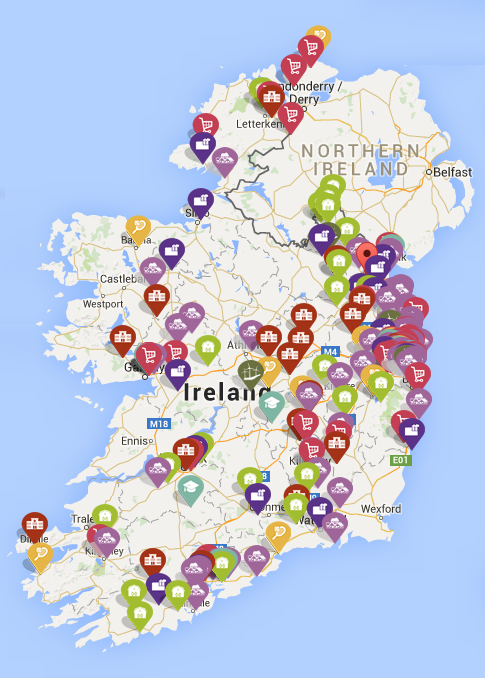 Full details on all of the projects illustrated are available via our online projects database.  Take a look by registering for our free 10 day trial.

Building Information Ireland research and publish key data on all planning and Building Projects in Ireland.  Our simple to use and highly effective online database helps companies compete for and win new business everyday in the the Irish construction sector.

In this post we examine the time that planning applications are taking to reach on-site construction commencement across all sectors explored in the first edition of the Building Information Index – Q1 2015.  The average number of weeks for a planning application to reach construction commencement phase is currently at 79 weeks, however applications in the Residential Construction sector are currently taking approximately +80%  longer than this at 142 weeks – almost 3 years.

The full first volume of The Building Information index is available to download free from our website.  To view all projects aggregated to produce Vol. 1 of the index register for a free 1o day trial on our website.