US Pharma giant submits plans for €76 million factory in Limerick 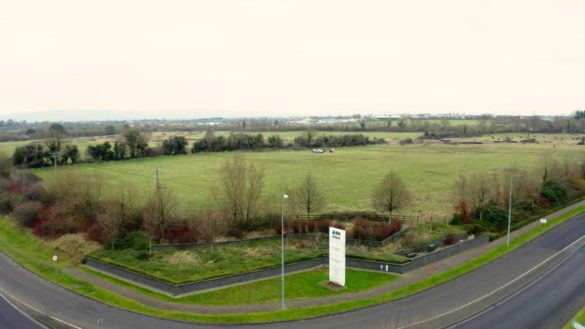 US pharmaceutical giant Eli Lilly has put forward an application for a €76 million factory in Co Limerick.

The company is seeking a 10-year permission to develop a four-storey Biopharmaceutical Manufacturing Campus with an overall floor plan of 47,384 sqm.

The main building will be approximately 18,534 sqm and 33 metres high with roof-mounted plant/equipment and solar panels.

Eli Lilly submitted the planning application to Limerick City and County Council on February 28 – but had made the big announcement in January of this year.

A decision date from the council is due on April 14.

The new factory expects to deliver 300 jobs from engineers, scientists and operations personnel and a further 500 jobs during the plant’s construction with the corporation intending to invest €400 million into the new facility.

Tánaiste and Minister for Enterprise, Trade and Employment Leo Varadkar TD welcomed the US company’s decision as “fantastic news”.

“The Mid-West has become a real hub for leading biopharma companies such as Lilly and I’m really pleased that the company has chosen Limerick for its new manufacturing centre, investing over €400m and creating 300 new, permanent jobs and a further 500 jobs during construction,” Mr Varadkar said.

“This new manufacturing centre is a significant expansion of that work and I wish the entire team the very best with the project.”

Eli Lilly currently hires more than 2,500 employees in Ireland across its manufacturing campus in Kinsale, Co Cork as well a global business services centre in Cork’s Little Island and a commercial team which operates across the country.

The company first began its operations in Ireland back in 1978.

“Over the past 40 years, we have continued to invest in Ireland in part because of supportive government policies that value life science innovatio,’ said Senior vice president and president of Lilly Manufacturing Operations Edgardo Hernandez.

“This new Lilly campus in Limerick will allow us to expand our capacity to make innovative new medicines that can help treat some of the world’s most serious illnesses.

“This facility will use the latest technology to support advancements in science, productivity and sustainability, further establishing Lilly as a global manufacturing leader.”

CEO of IDA Ireland Martin Shanahan also hailed the announcement as demonstrative of the “confidence Lilly has in Ireland” and the Mid-West’s “strong talent pool”.

“I wish to assure Lilly of IDA Ireland’s continued support.”