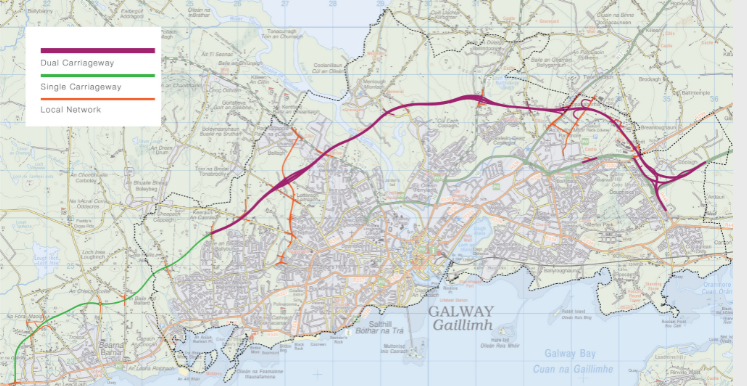 Previously approving the plans in November of last year, the board retracted its decision for not taking the State’s Climate Action Plan into account when deliberating the development.

This plan had come into effect just four days before permission was granted.

ABP confirmed that they would not oppose judicial review proceedings brought forward by activist group Friends of The Environment.

Correspondence to all informed parties read: “The board held five meetings to consider the application before making its decision at its fifth and final meeting on November 8, 2021 at which it decided to grant permission for the proposed road development.

“The board was not aware at this meeting that a new Climate Action Plan 2021 had been adopted four days previously on November 4, 2021 (adoption of same had not been communicated to the organisation).

“The board accepts that, in particular in the context of the proposed development at issue and the decision in this case, the failure to consider the new Climate Action Plan 2021 in accordance with section 15 of the Climate Action and Low Carbon Development Act 2015 as amended prior to making its decision is sufficient to vitiate the lawfulness of its decision.

“Accordingly, the board is consenting to an Order of Certiorari on that basis.”

In a joint statement, both Galway City and County Councils and Transport Infrastructure Ireland expressed their disappointment over the board’s decision to not challenge the review but they remain optimistic.

“Notwithstanding this setback Galway County Council and Galway City Council are confident that the issues arising can be resolved and as a result intend to continue to progress the delivery of the N6 GCRR Project.”

They continued on to state that the project is a “key component” of the transport strategy for the city as it continues to grow, safeguarding it as “the principal economic centre in the west of Ireland”.

“It addresses the transport problem in Galway City by adding trip capacity to the existing transport network thereby reducing trips through the city centre,” it read.
“Furthermore, once the GTS is fully implemented … there will be an even greater significant shift to public transport and sustainable transport modes.”

Estimated to cost around €600 million, Galway County Council formally submitted its application in 2018.

Howver, propositions to tackle congestion in the region date back to as early as 1999.