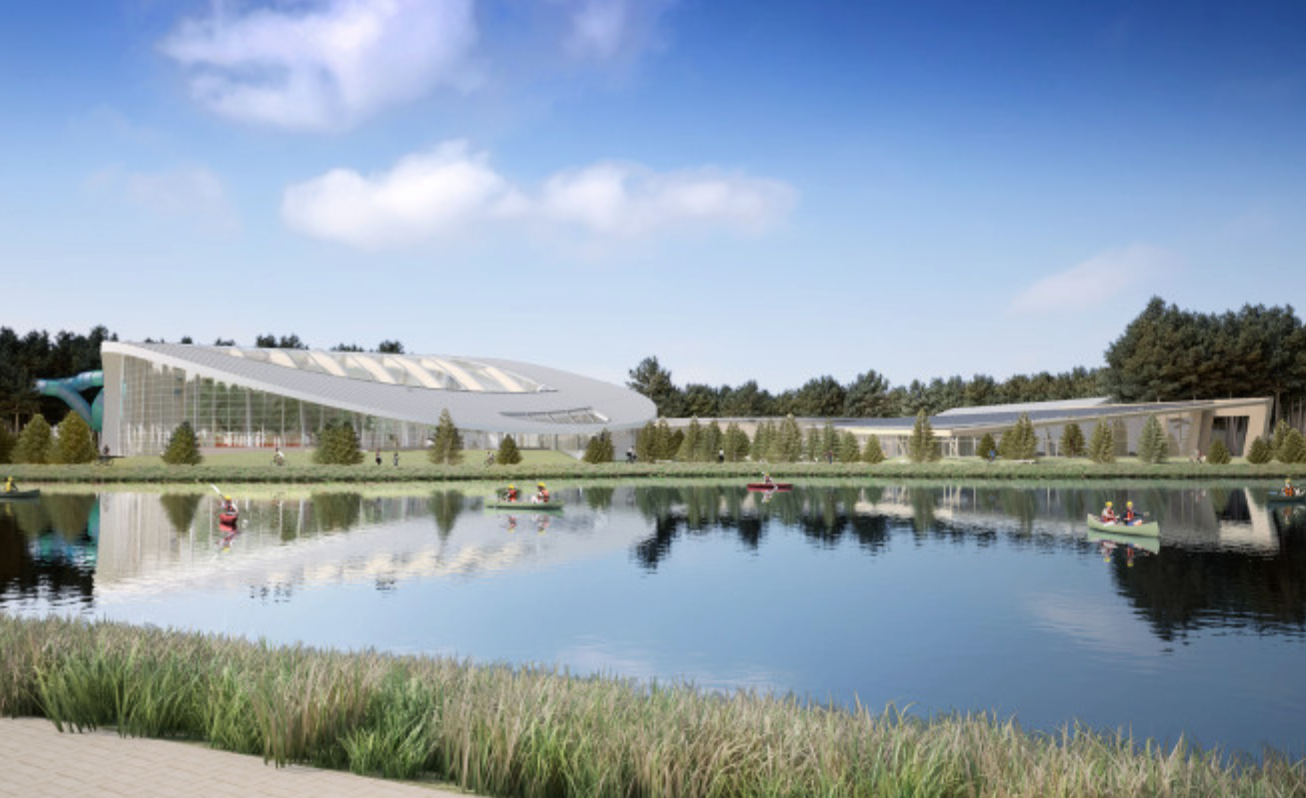 Center Parcs has put forward its plans for an €85 million extension to its lush Longford forest resort.

The holiday company had previously announced its intentions to expand last year and has now submitted its plan to Longford County Council.

The extension will see the building of 198 new additional accommodation lodges – including four luxury tree houses and external sauna/pods associated with specific lodges.

A lakeside restaurant and coffee shop are also included in current plans and an extension to both the existing Aqua Sauna spa facility and Sub-Tropical Swimming Paradise.

New treatment rooms and a treetop sauna are envisioned for the spa while the swimming paradise is set to enjoy a brand new pool.

Permission for the installation of a solar panel on the roof of the Sports Hall and the Sports Café building has been sought – where an extension to both the hall and the café has been proposed.

The provision of new cycling parking and 313 new car parking spaces for staff are included in current plans.

A new District Heating system with an Energy Centre is in current plans as well as a staff welfare and storage building and two new remote housekeeping stores.

Announcing its resolve last year, it was previously estimated that 300 new jobs would be created throughout the construction process of the extension – should it get the green light.

Planning was lodged in August of this year, just three years after the popular resort first opened its doors in 2019.

And despite a pandemic and restrictions impeding for a large part of its operation, the UK-based company confirmed that it has welcomed over 1.1 million swimmers to its popular Sub-Tropical Swimming Paradise and sold 72,451 pints of Guinness.

A decision date from Longford County Council has yet to be established.