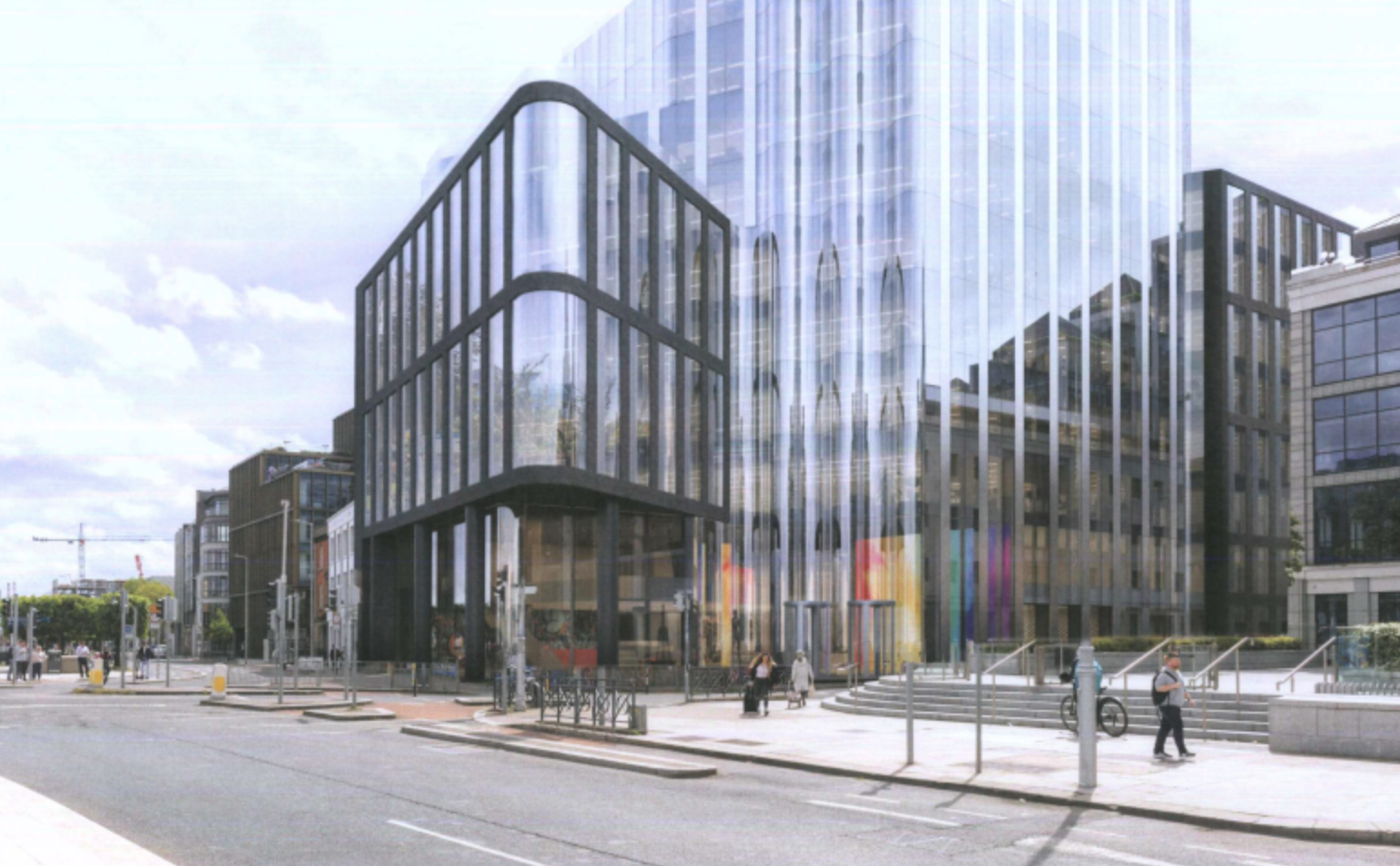 Plans have been lodged with Dublin City Council which could see the development of Ireland’s tallest building.

Put forward by John Spain Associates on behalf of Ventaway Limited, the current application seeks ten-year planning permission to construct a building of up to 24 storeys (108.4 metres) in height over a double basement.

The application also seeks the destruction of all existing buildings on the site at the corner of City Quay and Moss Street – where the former City Arts Centre was previously located.

Keeping in touch with its roots, the plan sees an arts centre featured in the building, as well as offices, a gym and other ancillary uses.

The arts centre will be located at the basement, the ground and the first floor.

Meanwhile, the gym is projected to have an entry at ground level from Moss Street.

Plans have been lodged with Dublin City Council which could see the development of Ireland’s tallest building. Credit: Digital Dimensions

Offices will occupy from the ground to the 23rd floor (or 24th storey) with terraces to all elevations.

The double basement will provide parking spaces for 424 bicycles and 11 cars.

An Environmental Impact Assessment Report and Natura Impact Statement have been prepared for the proposed development and have been submitted with the planning application.

The neon sign associated with the City Arts Centre is set to be kept and will be used at the entrance of the new development.

Current proposals see the development coming at just 10m higher than another building at planning stage — a 30-storey apartment building on Parkgate Street.

The City Arts Centre vacated the spot in 2003 and the site has had little activity since this departure. 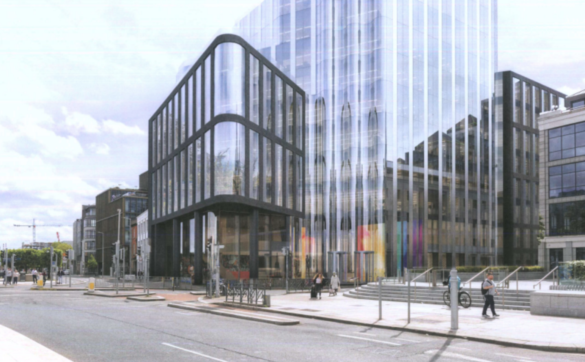 Keeping in touch with its roots, the plan sees an arts centre featured in the building, as well as offices, a gym and other ancillary uses. Credit: Digital Dimensions

The organisation was set up in 1973 in response to a growing need for an art and culture centre for working-class teenagers living in the inner-city during a time of economic turmoil.

Although occupying a number of spaces during its lifespan, its Moss Street location was its most prolific.

Moving into the warehouse in 1988, the band U2 contributed to the centre and provided fully equipped rehearsal spaces for starting-up bands in the basement.

At the time, it was the largest centre of its kind in Ireland.